Visit in France of Lassina Zerbo for the Paris Peace Forum

For the very first edition of the Paris Peace Forum, which took place in Paris from 11 till 13 November 2018, at the initiative of President macron ; Mr. Lassina ZERBO was invited to participate to a panel discussions dedicated to disarmament. Parallel to this contribution, he had several meetings with main French and international actors about thematic in line with the CTBT and to promote the entry into force of the Treaty

From 11 to 13 November, the very first edition of the Paris Peace Forum took place. This forum aimed to bring together global governance stakeholders with a view to bolstering multilateralism and collective action. The Paris Peace Forum united political players, citizens and the stakeholders involved in developing and implementing responses to global challenges (including armed conflicts, global warming and Internet destabilization). Members of civil society, directors of regional and international organizations, and heads of State and Government were given the opportunity to interact freely to identify tomorrow’s solutions.

The Forum focused on five themes: peace and security, the environment, development, the inclusive economy and new technologies. The challenges we are facing cross sector-specific boundaries, and the Paris Peace Forum took this into account. One hundred years after the First World War, the Paris Peace Forum was a reminder that we need to act now by taking tangible steps, supporting free expression and encouraging open dialogue between all stakeholders. The opening session, with speeches by Chancellor Angela Merkel, President Macron and by the United Nations General Secretary Antonio Guterrez, gathered more than 70 heads of State and governments.

The CTBTO Executive Secretary, Mr. Lassina Zerbo, was invited by France to participate to the conversation « A Way for Progress in Arms Control” :

The quest for arms control and non-proliferation has been a constant element of the international security agenda over the past decades. In recent years, however, progress on that front has stalled. This session discusses projects and initiatives that seek to breathe new life into the process.

CTBT Youth Group Contribution Following a call for projects which resulted in almost 900 proposals being submitted this summer, 120 projects were selected to be present in Paris between 11 and 13 November 2018. The project initiators constitute a community of stakeholders committed to developing and applying real solutions. 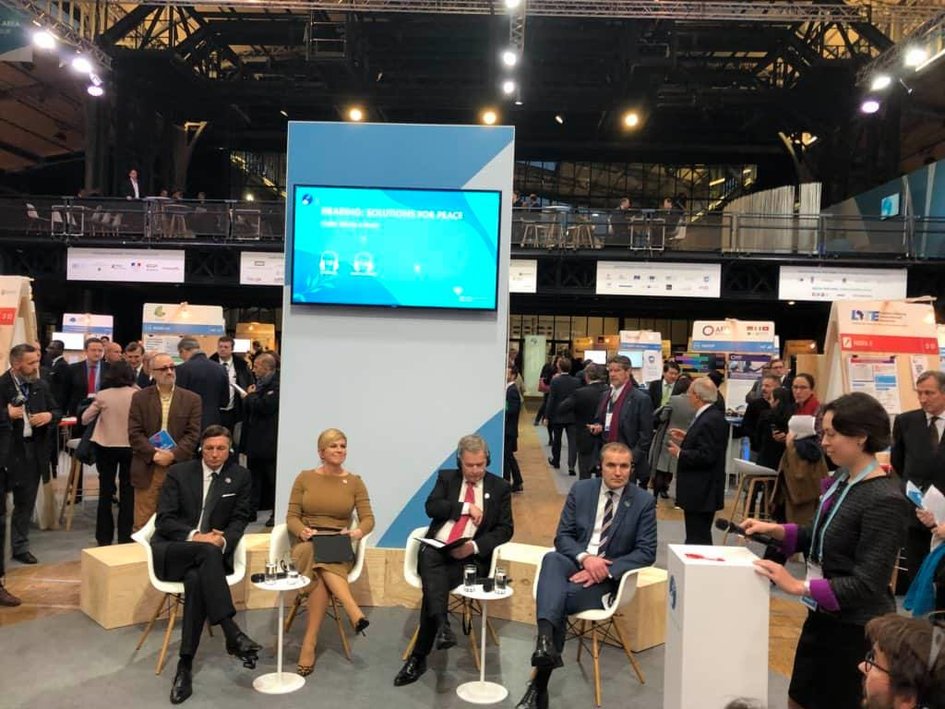 Presentation by the CTBTO Youth Group in front of the Heads of State from Finland, Iceland, Croatia and Slovenia.

In the margins of his participation to the Paris Peace Forum, Lassina Zerbo met among others with several French representatives working on nuclear disarmament issues.

He met with Ambassador Yann Hwang, permanent representative of France to the Conference on Disarmament in Geneva. Following the visit made by Mr. Louis GAUTIER in Vienna in November 2017, during which he delivered a speech in front of the CTBO Preparatory Commission, Lassina Zerbo met with Ms. Claire Landais, General Secretary for National Defense and Security. This meeting was the occasion to recall the full support of France to the CTBT and its entry into force. The Executive Secretary had also a fruitful exchange with the French Member of Parliament Michel FANGET, who co-chaired the parliamentary commission of the French National Assembly entitled « 50 years after the NPT : where are we now ? ». This commission came to Vienna during the preparation of its report and published its conclusions in July 2018. It has underlined the importance of the CTBT and called to its prompt entry into force. Lassina Zerbo was presented a roadmap to support this through concrete actions.

Finally, Lassina Zerbo met with the Director General of the UNESCO, Audrey Azoulay. Since the tsunami that destroyed South-east Asia costs in 2004, UNESCO was given the mandate by the United Nations to implement an international tsunami alert system.IN this framework, an agreement was concluded with the CTBTO, in order that relevant data from the International Monitoring System can generate a tsunami alert that is immediately transferred to the tsunami warning center. Mr. Zerbo also benefited from his visit in Paris to discuss M. Bruno Tertrais, member of the Group of Eminent person (GEM) which supports the CTBT and its entry into force with inter alia articles and speeches in many media. 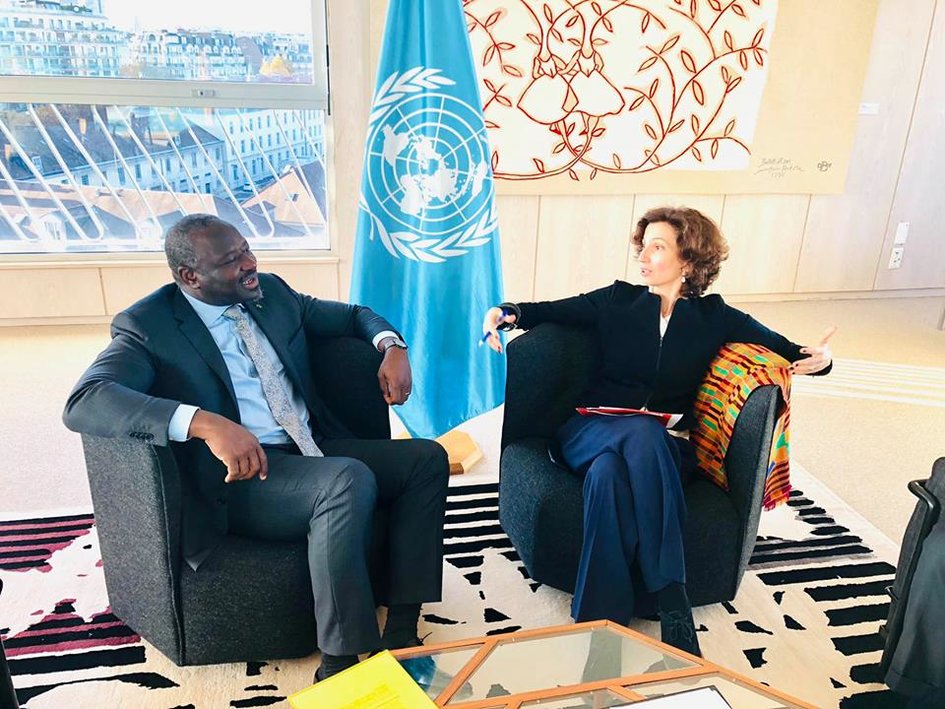