Protection of victims of human trafficking. Organization of a second regional seminar in Odessa, May 15th-16th, 2012

A regional seminar on the theme "Strengthening the legal framework to protect victims of trafficking and harmonization of their legal protection when returning, through the creation of a multidisciplinary operational network", was organized for the second consecutive year in Odessa, May 15 and 16, by the regional technical advisor on the fight against trafficking in human beings in South East Europe, based in Vienna, in close co-operation with the Embassy of France in Ukraine.

The seminar aimed at sharing good practices between the countries around the Black Sea in order to strengthen their support capacities for the victims. It is part of a three seminar program spread between 2011 and 2012, aimed at creating a regional operational network by adopting an integrated approach on the issue of human trafficking. The presentations and discussions provided an opportunity for comparing the legislative and regulatory frameworks for assistance to the victims, as well as on the issue of recognition of the status of victim of exploitation in this region. 26 participants from international organizations (the European Union Border Assistance Mission, the International Organization for Migration, the International Centre for Migration Policy Development), NGOs, national coordinators, judiciary and police from the neighbouring countries of the Black Sea region (Bulgaria, Moldova, Cyprus, Romania, Ukraine) participated in this event, as well as French experts.

Exchanges have highlighted the challenges posed to their authorities regarding the protection and assistance to victims of trafficking, such as the regional legal framework, and the lack of compensation measures or similar mechanisms for the victims. The discussions also led to share best practices, particularly on the basis of the French model for indemnisation of victims, but also to emphasize the importance of data sharing at a regional level, and the relevance of common tools, such as the Joint Investigation Teams in Europe.

The organisation of a third seminar in the fall 2012 will allow to continue the discussions within this informal technical group, bring answers to the challenges faced by participants and create a network of experts on issues related to the protection of victims of trafficking in human beings. 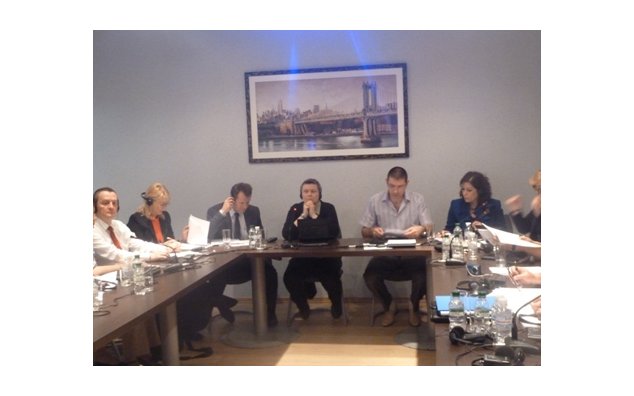