France is sincerely and firmly committed in favor of disarmament, through a progressive approach, based on the idea of a strictly sufficient arsenal and of non-diminished security for all. The fact that France strictly abides by its commitments puts her on the very first place among the Nuclear Weapon States (so called P5), for example regarding the CTBT. 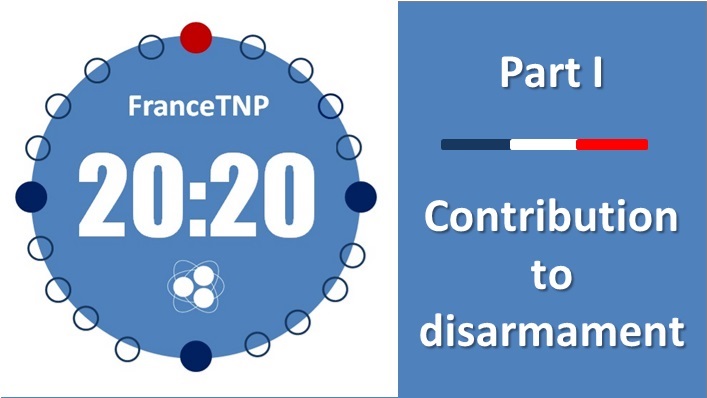 Article VI of the NPT

Each of the Parties to the Treaty undertakes to pursue negotiations in good faith on effective measures relating to cessation of the nuclear arms race at an early date and to nuclear disarmament, and on a treaty on general and complete disarmament under strict and effective international control.

The commitment of France in favor of disarmament

France is committed in favor of nuclear disarmament, he first NPT pillar, based on three main points :

The principle of undiminished security for all

LArms control, disarmament and non-proliferation must be rooted in the strategic and security context. As in other spheres, disarmament cannot be ordained : it must be built with patience, perseverance and realism.

In light of the deteriorating strategic environment, nuclear disarmament can only be guided by the principle of undiminished security for all, as the UN resolution 1887 and the 2010 NPT Review Conference have recalled. As stated in the article VI of the NPT states, disarmament is the responsibility of all States, whether or not they possess nuclearweapons.

Creating the appropriate conditions for a world without nuclear weapons requires fostering the progress of all in every sphere of disarmament, to reduce the discrepencies between conventional arsenals, to sustain efforts on easing international tensions and improving collective security. A credible nuclear disarmament must go hand in hand with an improvement in the other areas of disarmament (such as biological, chemical and conventional weapons, missile defence, and space).

Collective security can only be built on the basis of mutual trust, itself fed by the willingness to dialogue and cooperate. To progress toward disarmament, it is essential to make multilateralism more effective, to continue our efforts to resolve regional crises and to deepen the strategic dialogue between the main actors.

The principle of strict sufficiency

France applies a principle of strict sufficiency to set the level of its nuclear forces.

The French nuclear arsenal has been kept at its lowest level possible compatible with the strategic context. France largely cleared the way: in accordance with its strict sufficiency doctrine it took unilateral actions in order to reduce transparently its arsenal since the end of the Cold War, this is unparalleled among nuclear-weapons States.

The step by step approach to disarmament is the only one able to achieve meaningful and realistic outcomes. This approach was approved in the final document of the 2010 NPT Review Conference, as well as in the UN Security Council Resolution 1887.

The next logical steps are thus the early entry into force of the Comprehensive Test-Ban Treaty (CTBT), the negotiation at the Conference on disarmament of a Fissile Material Cut-Off Treaty (FMCT), further work on the verification of nuclear disarmament, and upholding and pursuing arms control efforts, notably the reduction of the Russian and American nuclear arsenal, which represent more than 90% of the worldwide nuclear weapons stock.

Transparency, as much on doctrine as on arsenals or concrete disarmament efforts, reinforces trust, which is a necessary precondition to the improvement of collective security conditions. 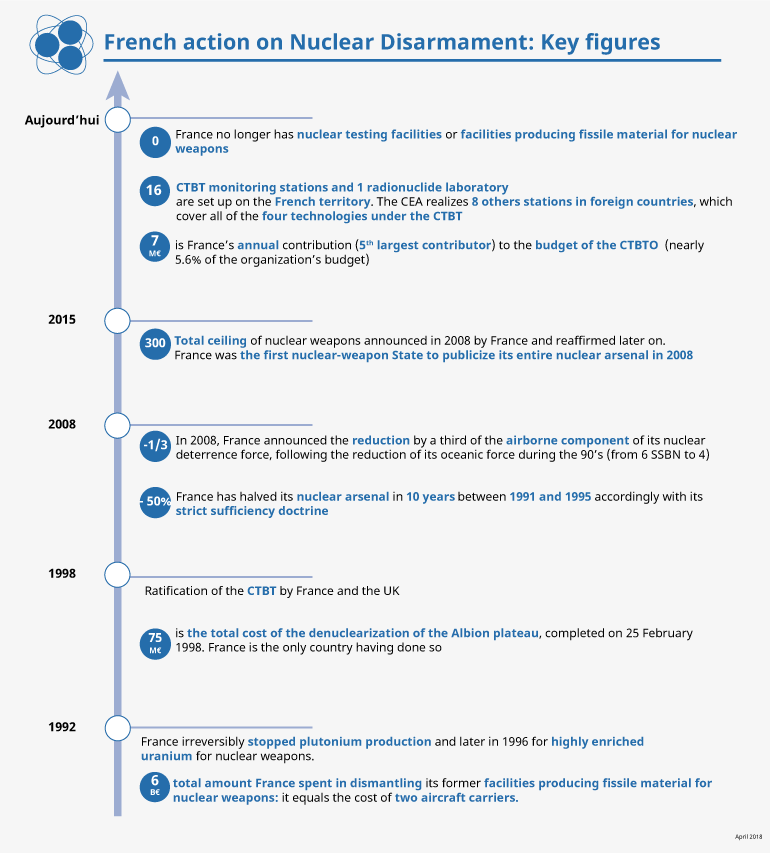