In the margin of the 73rd United Nations General Assembly, the Foreign Affairs Ministers of France, Germany, the United Kingdom, Russia, China and the High Representative of the European Union for Foreign Affairs and Security Policy have met to support the implementation of the Joint Comprehensive Plan of Action (JCPoA). À the end of this meeting, a Joint Ministerial Declaration was adopted. 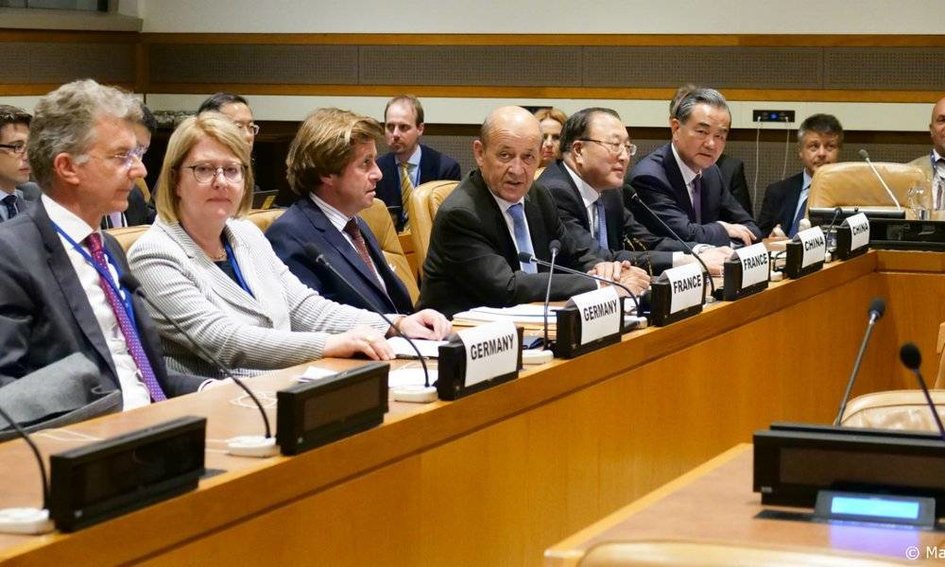 The Ministers considered ways forward to ensure the full and effective implementation of the JCPOA in all its aspects. They also took stock of the process of finding and operationalising practical solutions for issues arising from the unilateral withdrawal of the United States from the agreement and the re-imposition of sanctions lifted under the JCPOA and its Annex II.