In accordance with its commitments towards developing the sustainable and responsible use of nuclear energy, France is one of the three countries, along with Sweden and Finland, with an actual programme of deep geological final disposal of radioactive wastes. The uniqueness of the CIGEO programme lies within the geology of the selected site that will host the future underground facility, under the leadership of ANDRA. This programme has been driven according to the commitments of the French government, through the 2006 bill.

With transparency at the core of its work, the ASN requested, in addition to the technical review carried out by its Technical Support Organization IRSN (Institut de radioprotection et de sûreté nucléaire), a review by the International Atomic Energy Agency (IAEA), with a view to benefiting from the expertise and feedback of international experts that already have worked on similar programmes. That is why a peer review mission, led by the IAEA, was commissioned by France to the Department of Nuclear Safety and Security. This took place from 7th till 15th November 2016.

International experts reviewed the report given by the ANDRA according to the IAEA safety standards. The ASN mentioned some particular expecations regarding : 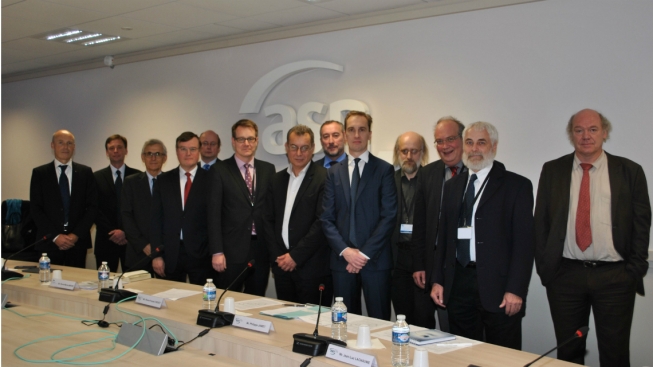 Jussi Heinonen, Director of the Radiation and Nuclear Safety Authority of Finland and mission leader said that there was reasonable assurance about the “ robustness of the disposal concept and ANDRA’s ability to develop a safety demonstration.” “We identified a few additional post-closure scenarios and operational design aspects that ANDRA should consider to further strengthen the confidence in the safety assessment” he said. “We also suggested improvements to ANDRA’s R&D planning and monitoring programme development.” The full IAEA report can be downloaded hereafter.

These conclusions are similar to some requests made by the ASN, related to some previously identified specific topics.

The ASN forecasts to give its final opinion on the Safety Option file of CIGEO by the summer 2017. 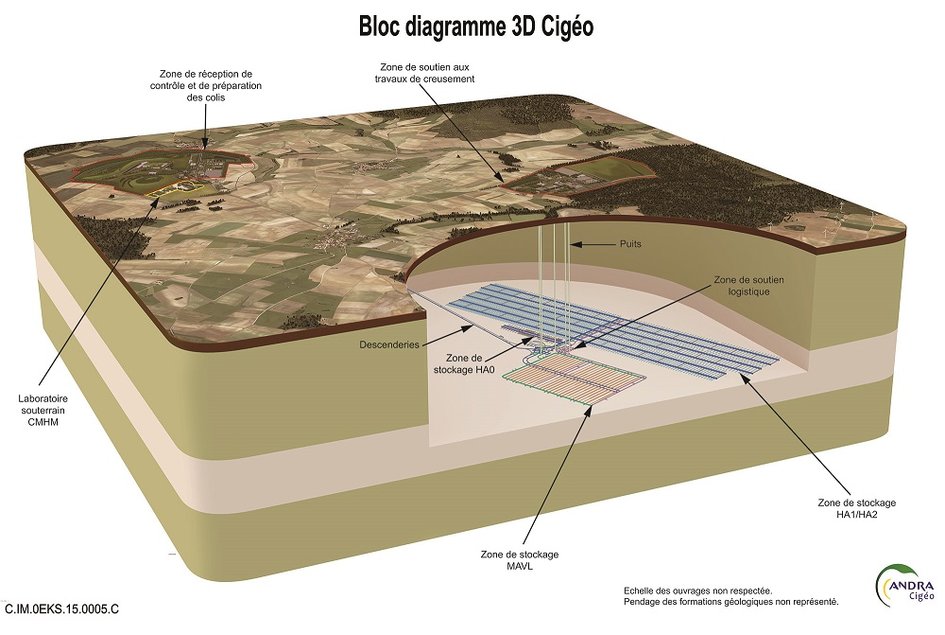 Diagram of the facilities at Cigeo (the image may differ from the completed site).
© Andra