France takes over from Finland as chair of the Plenary Assembly of the Wassenaar Arrangement for 2017. Among the topics on which it intends to facilitate progress are: taking into account emerging technologies, the issue of small arms and light weapons and the admission of new participating States. 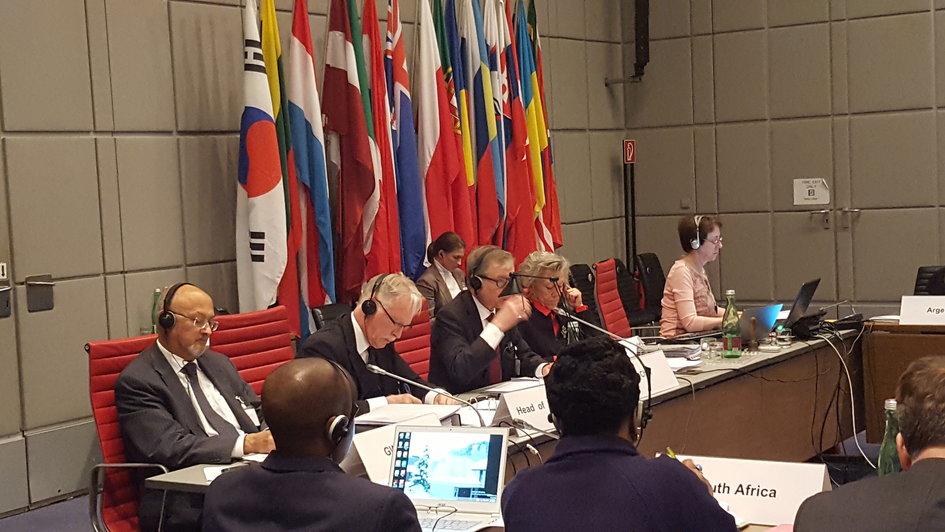 The Wassenaar Arrangement is a global multilateral arrangement for the exports control of conventional arms and of dual-use goods and technologies used to manufacture them. Named after the suburb in The Hague in which the founding document was negotiated in 1995, its membership comprises 41 Participating States. Founding member of the WA, France is taking over as Chair of the Plenary in 2017. In this capacity, it shall seek to adapt exports control of conventional arms and related items and, of dual-use goods and technologies to the new forms of conflict, to the security needs and to the evolution of mastering of such technologies by non-Participating States.

In this respect, it shall in particular encourage discussions on emerging technologies (such as 3D printing), small arms and light weapons (SALW) and deactivation of firearms. In addition it will strive to make progress on enlarging membership of the Arrangement to new Participating States.

The WA was designed to promote "transparency and greater responsibility in transfers of conventional arms and dual-use goods and technologies, thus preventing destabilising accumulations". It complements and reinforces the existing control regimes for weapons of mass destruction and their delivery systems. The Participating States must ensure that their transfers of arms and dual-use goods and technologies do not contribute to the development or enhancement of military capabilities that undermine international and regional security and stability and are not diverted to support such capabilities.

The Arrangement’s informal legal nature rests on a political commitment expressed in the "Initial Elements" and additional texts and statements unanimously adopted by the Participating States. All decisions are reached by consensus and, all measures undertaken with respect to the Arrangement are in accordance with member countries’ national legislation and policies and implemented on the basis of national discretion. The control lists of the Wassenaar Arrrangement are updated on an annual basis, depending on the technological evolution. The Munitions List is included in the Common Military List of the European Union and, the List of Dual-Use Goods and Technologies has been transposed into the Community regime for the control of exports, transfer, brokering and transit of dual-use items. WA Participating States agree also to best practice guidelines relevant to arms transfers.