FLAMANVILLE & LA HAGUE : visit of a delegation of viennese ambassadors and counsellors

On Ambassador PARADAS initiative, a delegation of about 10 diplomats working in Vienna came to France, on 6th and 7th April 2016. Ambassadors Mitsuru KITANO, Permanent Representative of Japan to the United Nations, and Rachmat BUDIMAN, of Indonesia, five counsellors coming from diplomatic missions of South Africa, the Czech Republic, China, the United Kingdom and Finland, along with one IAEA representative, went to Normandy to discover the EPR site in FLAMANVILLE and the La HAGUE reprocessing plant.

After the opening session in Paris, attended by the Administrator General of the CEA, Mr. Daniel VERWAERDE, the French Governor to the IAEA, Mr. Frédéric JOURNÈS, and representatives of the Ministry of foreign affairs, EDF, AREVA and I2EN, during which a full description of the French nuclear industry was made, including the present restructuration process and the importance of the French offer regarding capacity building and support to new comer countries, the delegation was afterwards driven to Cherbourg. 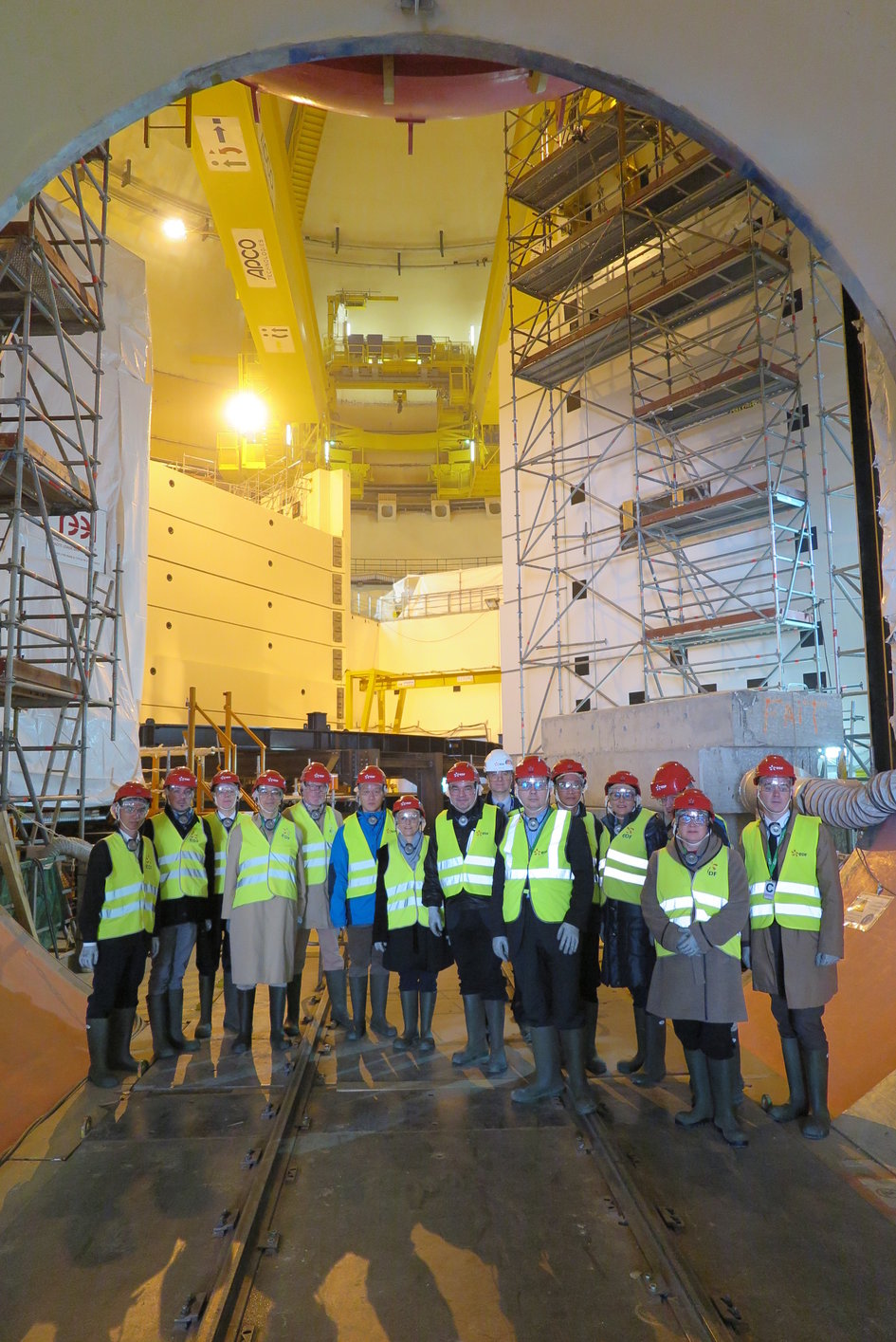 On the building site of the EPR in Flamanville, after an introduction about the construction site by Mr. Antoine MENAGER (Site Manager), a very comprehensive visit was made, from the bottom of the future reactor (the core catcher) to the steam generators, and through the several levels that will be the nuclear facility. The intense activity that was observed, throughout the construction site, showed the determined will to complete this project according to the latest agenda presented by EDF Chief Executive Officer (operating start by the end of 2018).

The second half of the day was dedicated to the visit of the AREVA facility in La Hague. After a presentation by René CHARBONNIER, Site Deputy Director, where the history of the site was recalled, along with the descriptive of the main benefits of reprocessing nuclear fuel and waste, the delegation has discovered the facility dedicated to the incoming of nuclear material and the storage rooms. The visitors have had the opportunity to realize, in full scope, what was the actual volume of storage of final wastes for the entire French industry, for a year, in comparison with the same volume without reprocessing. .