Entry into force of the Paris agreement on Climate

4th November 2016 is an historic day for the planet, for it is the entry into force of the Paris agreement on climate change.

Paris 2015 / COP21 Historic day for the Paris Agreement on climate

The commitments made, on December 12th at the Bourget, are now irreversible. The ratification threshold (55 States, reckoning 55% of the greenhouse gas emissions) has been reached in less than a year. This is the nproff that the International Community has fully taken into account the urgency of climate change and this is the result of the mobilization of France, as President of the COP21 chaired by Ségolène Royal. Just a few days before passing on the baton to the Morocco presidency, all the goals that France had aimed have been reached : the successful negotiation of the very first universal agreement in the history of climate negotiations, in Paris, on December 12th, its signature by more than 175 countries in New York, on April 22nd, its entry into force before the end of 2016. 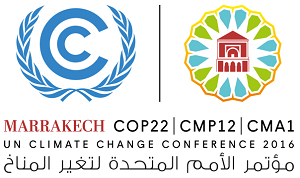 After this major step, the mobilisation of France will remain intact in order that climate justice is respeted through finance mobilization (100 billions of US dollards each year, dedicated to climate till 2020, for the Paris spirit goes on and growth through the implementation of solar energy colations, renewable energy coaltions, fight agains desert growth, for ocean protection and the help to the more vulnerable countries. The Marrakech Conference on Climat will have to be focused on solutions. France stands along with Morocco for its full success. The President of the Republic will attend the Conference, on November 15th and 16th.