M. Rafael Grossi, ambassador, permanent representative of Argentina to the United Nations in Vienna, has been designated by the qualified majority of 2/3 of the Board members to replace Mr Yukiya Amano, as IAEA Director General. This appointment will be formally endorsed by an extraordinary session of the IAEA General Conference on 2 December.

Following the passing away of Mr. Yukiya Amano, IAEA director general, Members States of the Board of Governors agreed last July on the designation process for his succession according to the IAEA status. Within this framework, four candidates applied: Mr. Cornel Feruta (Romania), Mr. Rafael Grossi (Argentina), Mr Lassina Zerbo (Burkina Faso) and Ms Marta Ziakova (Slovakia). These four candidates have been invited to introduce their project for the Agency to the Board members during a dedicated session where they have been questioned by Member States on their competencies and their vision of the Agency’s mandate. At the end of a secret ballot procedure, it is the argentine candidate, Mr. Rafael Grossi, who gained a qualified majority of 2/3 of the votes of the Board members and was then officially proposed to become the next IAEA Director General, during an extraordinary session of the board on 30 October 2019.. This appointment will be formally approved by all IAEA Member States gathered on the occasion of an extraordinary session of the General Conference, on 2 December. Mr. Grossi’s mandate is expected to start on 3 December 2019. Mr Rafael Grossi will be the 6th IAEA Director General, after the mandates of Mr Yukiya Amano (2009-2019), Mr Mohamed ElBaradei (1997-2009), Mr Hans Blix (1981-1997), Mr Sigvard Eklund (1961- 1981) and Mr Sterling Cole (1957-1961).

Ambassador Rafael Grossi is the permanent representative of Argentina to the United Nations in Vienna. He previously was appointed to several positions inside the argentine ministry of Foreign affairs, specifically in line with security and the fight against nuclear proliferation, and was also head of cabinet of the AIEA Director General and before that head of cabinet of the OPCW. He was also the designated president for the NPT 2020 Review Conference.

On behalf of France, Ambassador Xavier Sticker, Permanent representative, warmly congratulated Ambassador Grossi for his election and assured him of our full trust in his ability to assure all responsibilities related with this office. First national coming from latin American to chair the IAEA, his previous appointments underline his skills as an experienced diplomate with a strong technical expertise. Speaking several languages among which French, Mr Rafael Grossi is also expected to promote multilinguals, a major issue for France. 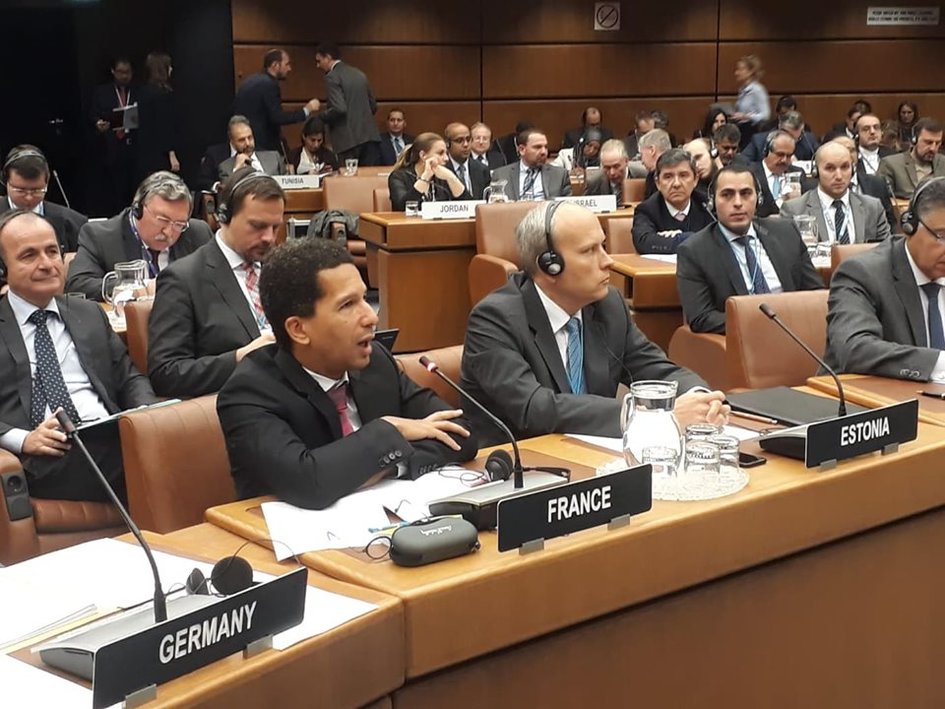 In his statement, Ambassador Sticker also thanked Mr. Cornel Feruta for his action and his commitment as acting Director General. He also commended the Chairperson of the Board, the Swedish ambassador, Ms. Mikaela Kumlin Granit , for having lead and implemented a swift and transparent process that enabled the designation of a successor to Mr Amano according to the timeline agreed during previous extraordinary board sessions, while maintaining the unity of the Member States. 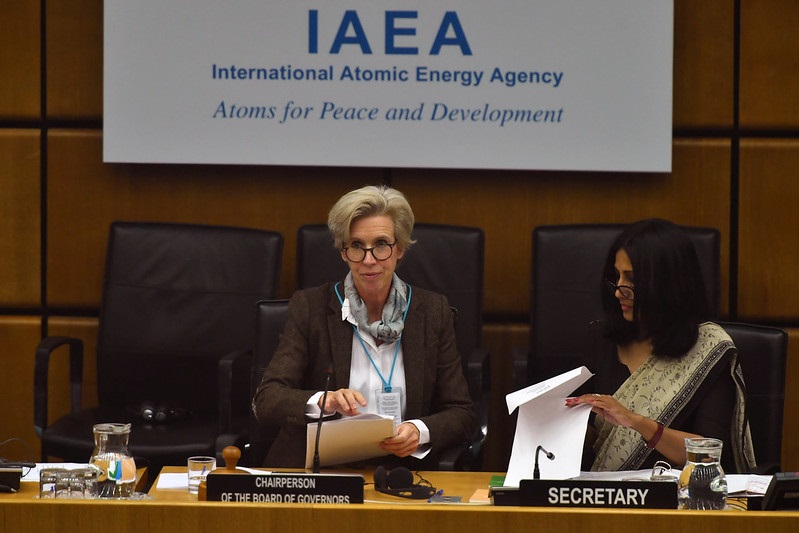