Two major events occurred in December 2016 for France and the CTBTO: the certification of the radionuclide station RN32 in Dumont d’Urville, and the reestablishment of the CTBTO’s last hydroacoustic station HA04, in the Crozet Islands.

Two major events occurred in December 2016 for France and the CTBTO: first, the certification of the radionuclide station RN32 in Dumont d’Urville, as well as the installation of the CTBTO’s last hydroacoustic station HA04, in the Crozet Islands. Both constitute an important step towards achieving the goal of establishing the CTBTO’s International Monitoring System (IMS), which now only requires a few more hydroacoustic stations to provide effective monitoring of the world’s oceans for signs of nuclear explosions. 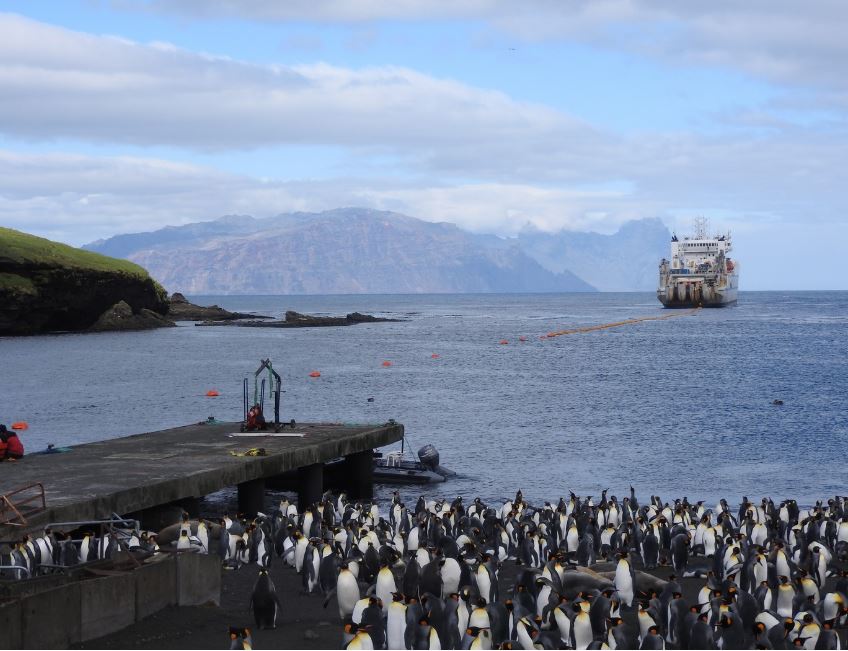 The Crozet Islands witnessed the reestablishment of the hydroacoustic station HA04, a successful operation which took place in a challenging environment which required an important and thorough preparation, carried out over many years. The station will use six hydrophones (underwater microphones) to monitor underwater sounds deep in the ocean. The HA04 hydrophones send their data via underwater cables, which are tens of kilometres long, to a receiving facility, the Central Recording Facility (CRF), on the island. From there the data is forwarded via satellite to the CTBTO in Vienna. This station is the 6th of an extremely sensitive network of hydroacoustic stations which allows to detect an underwater nuclear explosion on a global scale.

The Dumont d’Urville base in Antartica (Terre Adélie) Credits : TAAF

These 80 stations are integrated into the CTBTO’s International Monitoring System (IMS), comprised of a total of 321 stations using different technologies for detecting nuclear tests covering the entire globe. Around 90% of the stations planned by the Treaty are operational. Data is analysed and sent to Vienna where the CTBTO’s headquarters are located, to be made available to its States Signatories.

France currently hosts 16 IMS stations, in accordance with its commitments arising from the Treaty.