Home > News and statements > Archives > English > 2019 archives > CTBTO : international campaign of the APF to support the Treaty entry into (...)

CTBTO : international campaign of the APF to support the Treaty entry into force

The Assemblée parlementaire de la Francophonie (Parliament Assembly for Francophonie) decided to launch an international campaign to support the entry into force of the comprehensive nuclear test ban treaty to that end, a delegation from the APF, led by Jacques Krabal, Jean-Max Rakotomamonjy, and Christophe-André Frassa went to Vienna in order to meet with Lassina Zerbo, the IAEA and the groupe des ambassadeurs francophones (group of French speaking ambassadors). 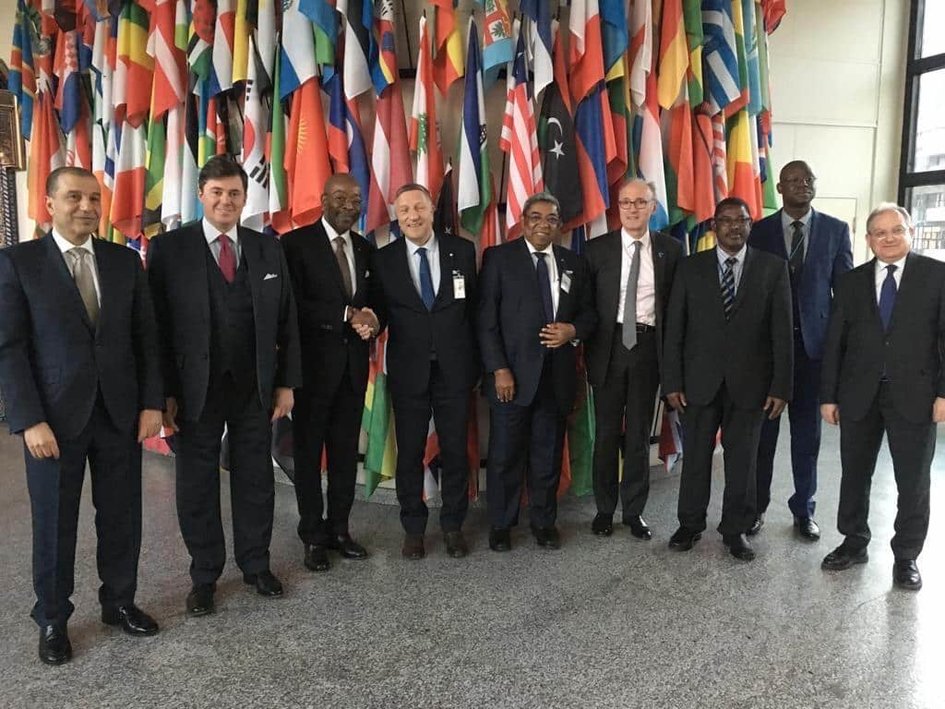 The history of the parliamentary Francophonie starts in Luxemburg, in May 1967, with the constitutive assembly of the International association of French speaking members of parliament. (Association internationale des parlementaires de langue française, AIPLF). Bringing together delegates from 23 sections coming from Parliament of Africa, America, Asia, Europe and Oceania, this Assembly brought to life the thought of Mr. Léopold Sédar Senghor, who said in 1966 : « It the people, through elected representatives, that will push governments to go forward. Parliaments from all French speaking countries should be united in an inter-parliamentary association. » The AIPLF became the Assemblée consultative de la Francophonie (consultative assembly for Francophonie), in line with the Charter de la Francophonie adopted in Hanoï, in November 1997. According to the Charter, the Assembly decided, during the ordinary session in Abidjan in July 1997, to change its name to Assemblée parlementaire de la Francophonie (APF). 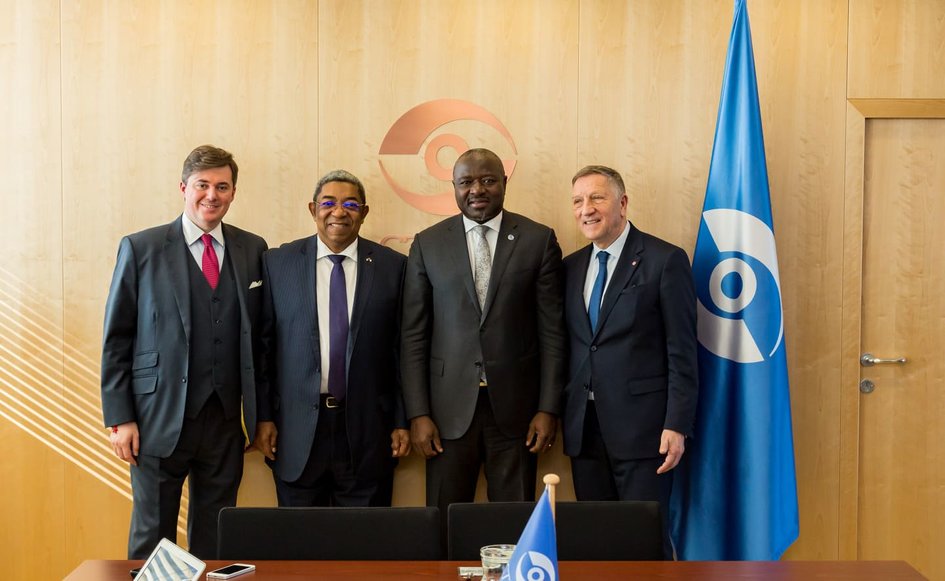 The delegation first met with Dr. Antoine Bondaz, expert from the Fondation pour la recherche stratégique (FRS) on the architecture of international treaties related to nonproliferation, and with H.E. Ambassador Didier Lenoir, Permanente Representative of the European Union to the United Nations in Vienna. These discussions described the CTBT in the nonproliferation framework and underlined the importance of its entry into force, as a major contribution to the progressive approach of disarmament. And also with the necessity to secure the International Monitoring System (IMS) that has been deployed in the past 20 years by States Signatories, with 321 stations that are to be installed all around the world. 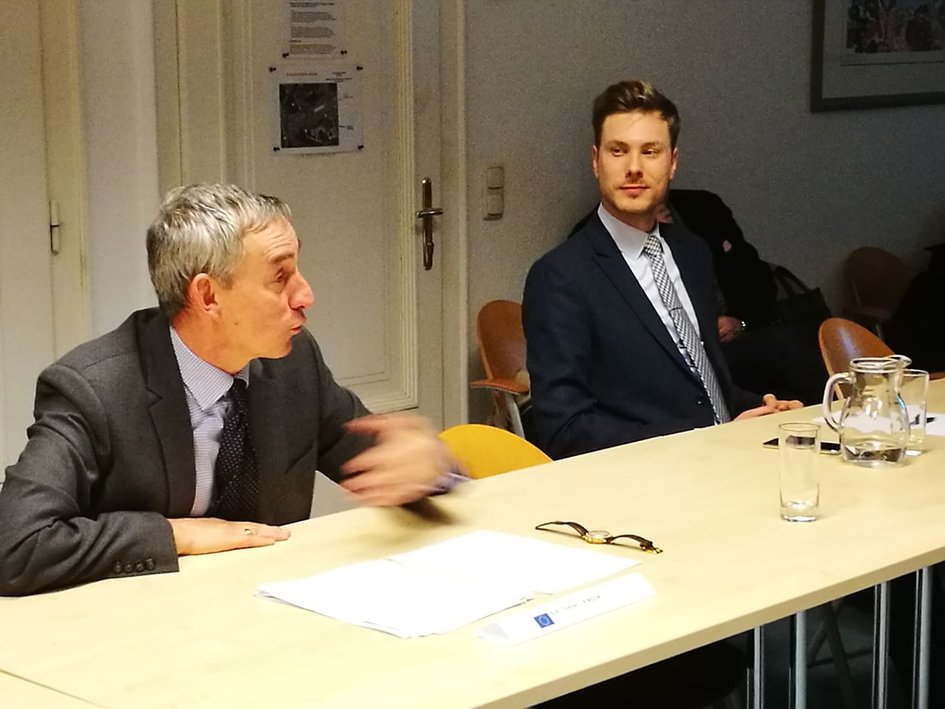 The delegation had a long discussion with Lassina Zerbo, Executive Secretary of the CTBTO, and visited some facilities of the international monitoring system. It also met with Ambassador Raphael Grossi, permanent representative of Argentina, to discuss on the upcoming Review Conference of the Non Proliferation Treaty (NPT) that will take place in New York, in the spring of 2020. The Francophonie can support a specific voice during these discussions, and can be a strong support for the regional meetings that the Ambassador Grossi intends to organize. The delegation then met with Mr. Cornel Feruta, Assistant Director General of the IAEA. The visit ended with a meeting with the groupe des ambassadeurs Francophones (Group of French Speaking Ambassadors, GAF), under the chairmanship of Ambassador Roger Kacou, permanent representative of the Ivory Coast. The importance of Francophonie was underlined along with the means that need to be deployed to support the use of French in the United Nations in Vienna, according to its status of official and working language. 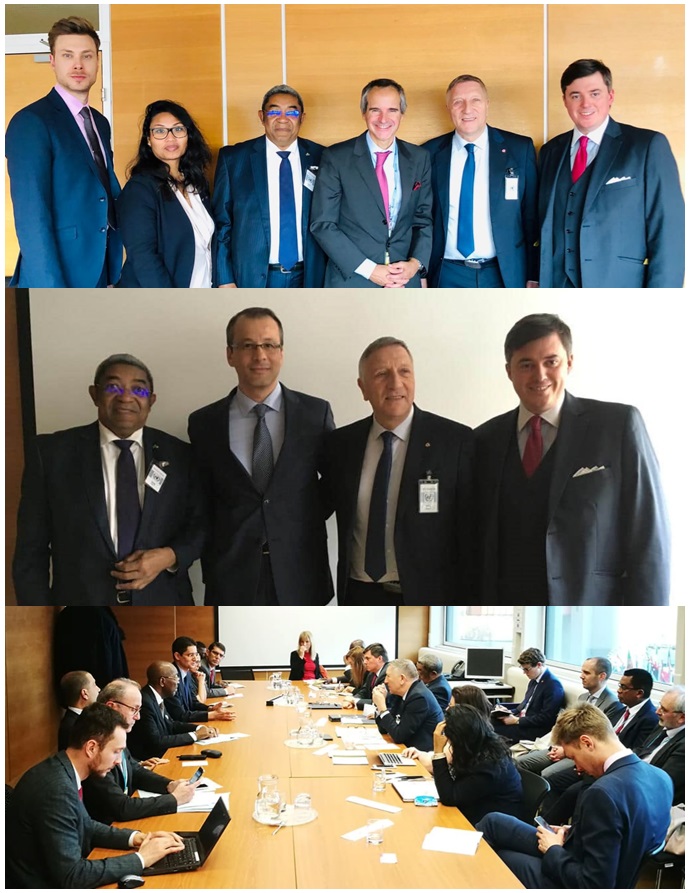