The Comprehensive nuclear Test Ban Treaty (CTBT) is today, along with the Treaty on the Non Proliferation of Nuclear Weapons (NPT), one of the pillars of the world architecture on the non-proliferation of nuclear weapons.

Before the entry into force of the Treaty, a Preparatory Commission and a Provisonnal Technical Secretariat have been settled in Vienna in 1997 in order to build the international verification regime planned by the Treaty and to elaborate relevant procedures : 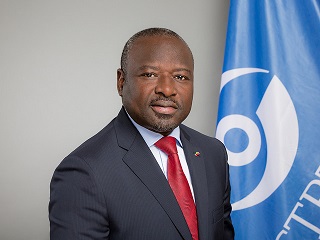 The Executive Secretary has a rank of Under-Secretary-General of the United Nations. He chairs in Vienna the Provisionnal Technical Secretariat of the CTBTO Preparatory Commission.

According to all decisions made inside the CTBTO, the designation of the Executive Secretary is expected to be made through consensus, during a formal session of the Preparatory Commission, that usually convenes twice a year (in the spring and in the fall). Nevertheless, in the absence of consensus, a dedicated procedure is to be agreed by States signatories that leads to a voting process (based on a 2/3 majority for approval).

In 2020 the CTBTO regular budget is of 123,49 million US $. To this regular budget, voluntary contributions can be made (financial or "in kind" contributions) by CTBT States Signatories or regional groups, among which the European Union. Since 2006, the EU has contributed up to 23 millions € as part of the common foreign and security policy . This contribution is done every other year and is know as the "EU Council decision" ; for 2020-2021, it will be the "EU Council decision VIII".

France contribution to the regular budget is of 4,529 % (rate is established according to the United Nations rates of assessment), the 6 th highest contribtor after the United States, China, Japan, German and the United Kingdom.