This session has allowed, through a hybrid format, the management of scientific and technical discussions essential to the good functioning of the CTBTO. 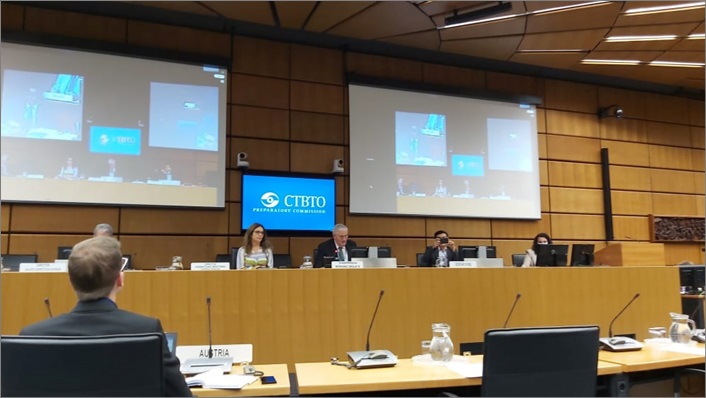 Reminders about the Working Group B

The Working Group B is a subsidiary body of the Comprehensive Nuclear-Test-Ban Treaty Organization (CTBTO) responsible for the discussions about the scientific and technical elements relevant for the treaty. At the end of the discussions, the Working Group B approves recommendations which are forwarded to the Preparatory Commission for formal adoption. The scientific and technical discussions, directly attached to the early deployment of the verification regime defined by the Treaty (building of the stations, the associated data processing and the preparation of the on-site inspections which could be conducted once the treaty comes into force), have budgetary and financial consequences. The Working Group B therefore is an important forum to evaluate the implementation of the budget and the preparation of the budgetary exercises to come.

A session marked by the consideration of the Covid 19 pandemic

During the discussion, many delegations have commended the joint actions of the member States and of the provisional technical secretariat which allowed the verification regime to stay fully operational during the last few months, in spite of the Covid 19 pandemic. For numerous States, the pursuit of the operation of the stations under their responsibility was ensured, despite the local obligations of the confinement, while in Vienna, almost all of the CTBTO personnel was teleworking and enabled the daily reports production, in compliance with the treaty’s demand.

The pandemic has also led the CTBTO to postpone numerous activities linked to the training and capacity building activities, some being even postponed to 2021. Finally, the States Signatory have discussed about the potential financial impacts of the crisis. However, the States have pursued their deployment activities and the station’s certification, just as France did with the achievement of the technical aspects of IS25 station certification in Guadeloupe.

All delegations have valued the efforts of the provisional technical secretariat as well as the conference services which have allowed the conduct of the session according to a hybrid mode (indoors and online) : participation to the discussion was made possible, while respecting health regulations and, despite the constraints which have prevented the scientific experts from coming to Vienna.

In its national statement, France joined its voice to that of the States who wished to thank Mr. Joachim Schulze, who chaired his last session of the Working Group B, after two mandates. During the next session of the Preparatory Commission, the States Signatories will be called to designate a new president for the chairing of the Working Group B in the upcoming future. 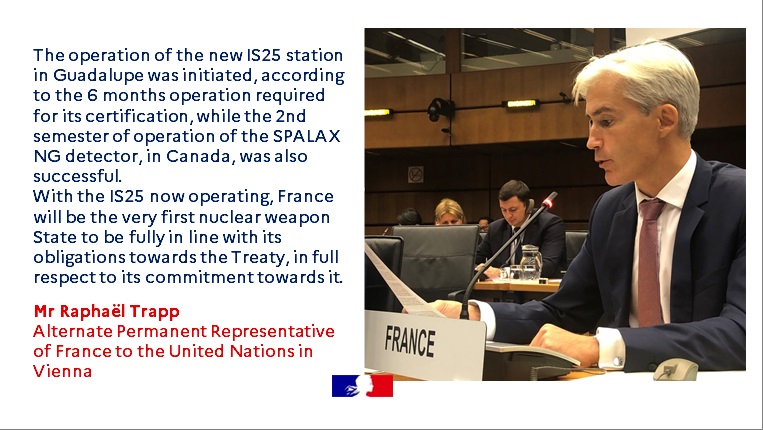