Experts from the 184 States signatories gathered in Vienna for two weeks to exchange views on the recent technical developments related to the deployment of the international surveillance system. The progresses made in the qualification of the SPALAX-NG were introduced by France.

53rd session of the Working Group B - WGB

From 28 August till 6 September, experts from 184 states Signatories of the Comprehensive nuclear Test ban Treaty (CTBT) gathered in Vienna, under the German chairmanship of Mr Joachim Schulze, to exchange views on the latest progress to prepare the implementation of the CTBT surveillance. Discussions were on the installation, certification and appropriate operating of the stations of the International Monitoring System (IMS), data processing of corresponding information by National Data Centres (NDC) and the analysis performed by the International Data Centre (IDC) along with the preparing of the on-site inspections that are to take place once the Treaty will have entered into force.

For all of these fields, experts gave presentations on the latest progress made from a technical point of view but also discussed about data analysis software or tools provided by the CTBTO Provisional Technical to support the capacity building of States Signatories (training sessions in Vienna or abroad, e-learning developments, etc.).

Finally, these meetings are when States Signatories experts can progress in the drafting and validation of the « operation manuals », the reference documents that will be used after the Treaty entry into force by all the actors to ensure the implementation of the verification regime according to the treaty. In its national statement, responding to the preliminary speech of the executive secretary, France underlined the importance of the immediate and permanent transmission of data by all available stations of the International Monitoring System. 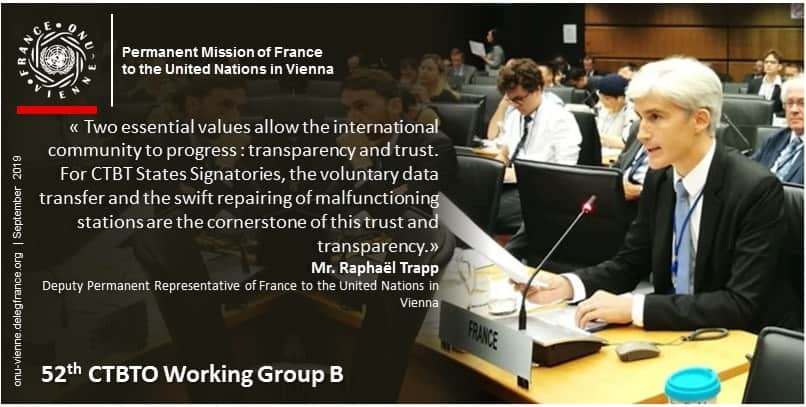 France took part to the discussions with the participation of several experts from the Military Applications Division of the Commissariat à l’énergie atomique (CEA). A presentation was made to introduce the excellent results obtain during the first six months of qualification of the SPALAX NG.

The SPALAX NG, designed by the CEA/DAM teams and commercialized by CEGELEC Défense enables users to notably increase the detection sensitivity, to increase the selectivity, to reduce sampling cycles, to increase data availability while limiting electricity consumption, easing maintenance and operation or limiting costs. Such advantages are essentials to analyze data that obtained in the days following a nuclear test. Technical details of the SPALAX NG have already been introduced in a previous article. 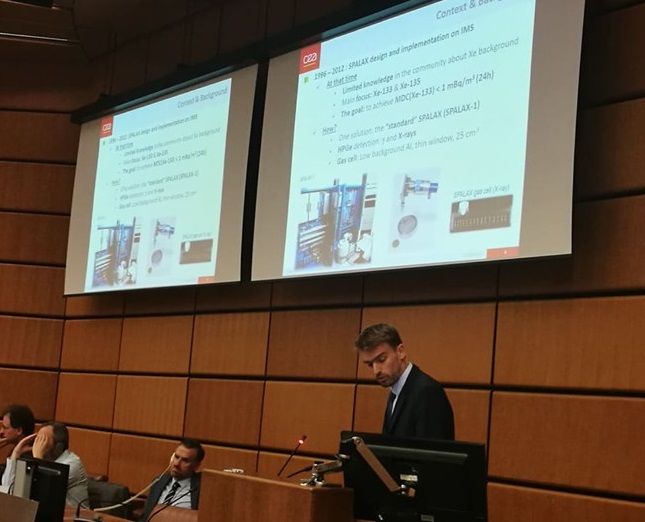 Side events during the WG-B 53

On 29 August, a ceremony took place on the occasion of the International day against Nuclear Tests. This event, attended b y the French mission, allowed recalling the importance and urgency of the entry into force of the Treaty. At the same time, the CTBTO Executive Secretary, Dr. Lassina Zerbo, attended the ceremony organized by Kazakhstan in Nur-sultan. On this occasion, Kazakhstan awarded both Mr. Lassina Zerbo and the late Mr. Yukiya Amano, former IAEA Director General who passed away in July 2019, the « Nazarbayev prize for nuclear disarmament and global security ».

Finally, in the margins of the Working Group B, several meetings took place to progress on the drafting of the Ministerial declaration that is to be adopted, by consensus, by all ratifying States for the Conference on Facilitating Entry into Force of the CTBT (the so-called Article XIV Conference). This conference will take place on 25 September, in New York, in the margins of the United Nations General Assembly. 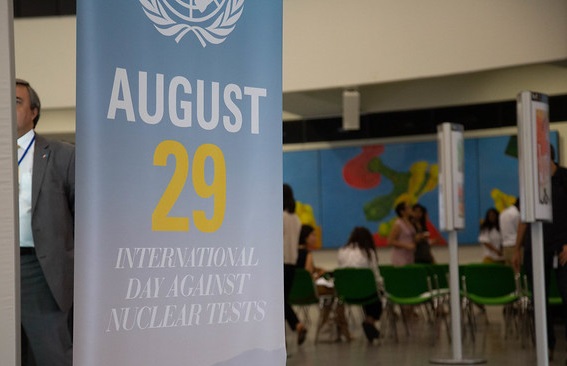