From 27 August till 7 September 2018, technical experts from more than 80 State Signatories of the Comprehensive nuclear Test Ban Treaty have gathered in Vienna to discuss on the technical activities implemented during the first half of 2018. 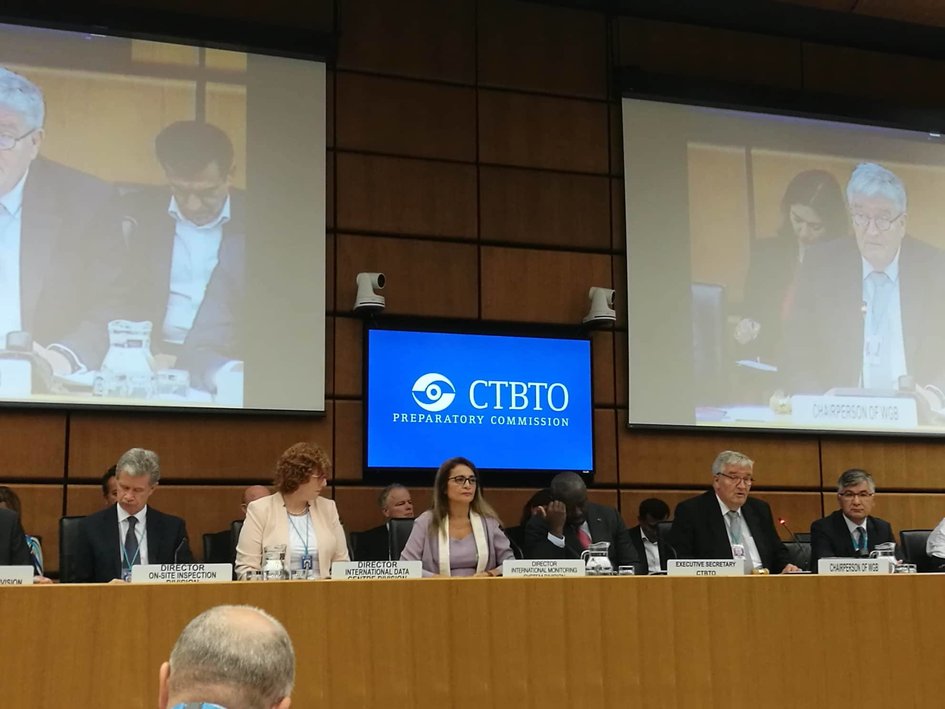 In agreement with the status of the Comprehensive nuclear Test Ban Treaty Organization (CTBTO), the 51st session of the Working Group B, which is in charge of the technical issues related to the implementation of the treaty and its verification regime, took place in Vienna 27 August till 7September 2018, under the chairmanship of Mr. Joachim Schulze (Germany). During ten days, experts coming from more than 83 State Signatories or Observer States from the CTBTO have discussed of the technical report referring to the verification activities of the 1st half of 2018 (deployment of the International Monitoring System, conformity of the stations operation with the requirements defined in the Treaty) and the technical progress made by the States Signatories, in close collaboration with the Provisional Technical Secretariat (PTS), to improve the operation and the ability of the IMS in detecting clandestine nuclear tests and to fulfil its surveillance mission.

France, with a delegation of about 10 experts coming from the military applications division of the CEA and from the Ministry of Defence, recalled its commitment to the Treaty and to the provisional application of its requirements. According to this, France is responsible for the daily operation of 24 stations of the IMS and of the treatment of corresponding data , in line with its own station but also in collaboration with other State Signatories. Discussions have also allowed the presentation of the latest developments in the radio-isotopes measurements device , the SPALAX NG, designed by the CEA, and which qualification will start in September 2018. This qualification, in order to abide by the CTBT requirements, implies a full time operation according to the treaty requirements for a whole year.

In addition to these technical discussions, CEA experts have met representatives from the Provisional Technical Secretariat among other things to evoke the planned installation of the IS25 infrasound station, in Guadalupe, and which is the very last station that France has to build to be fully compliant with its obligations according to the treaty .This installations, planned for 2019, would make of France the very first nuclear weapon State to achieve its national contribution to the International Monitoring System.

The works of the session have led to the adoption, by consensus, of a report on all the topics discussed and with some recommendations that will be submitted to the CTBTO Preparatory Commission, which 52nd session will take place in November for their formal approval. 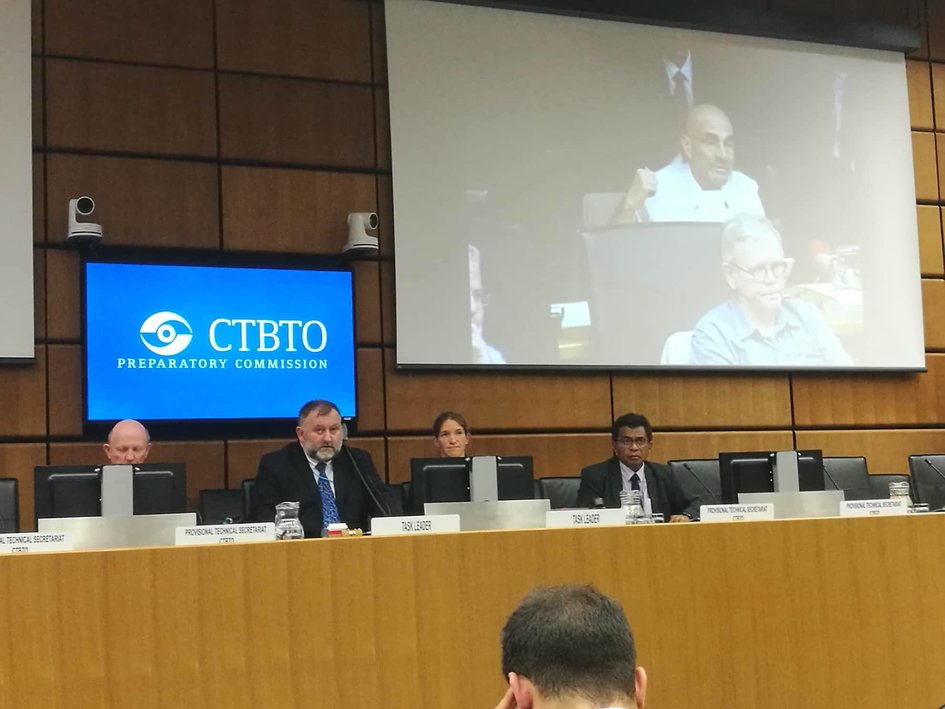 In the margin of the discussions, the French delegation hosted at the Embassy a meeting with a very large number of experts from participating delegations in order to discuss on the topics on the Working Group B agenda but also on the most important technical challenges met by National Data Centres (NDCs), in line with the implementation of the verification regime. On Tuesday 4 September, the Permanent Mission of Norway hosted a side event to celebrate the 50th anniversary of the NORSAR (Norwegian Seismic Array), which is the designated National Data Centre of Norway to the CTBTO. Collaborations between the CEA and NORSAR teams are very tight, for several years, especially within the European ARISE programmes which are implemented since 2012 with the help and the financing of the European Union. 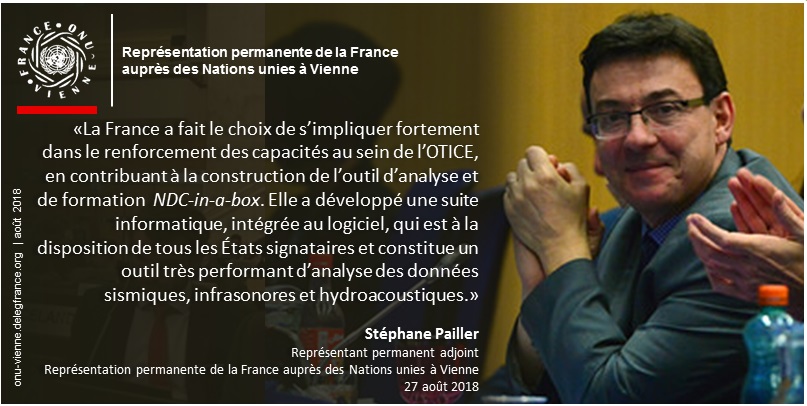