On 2nd and 3rd July 2018, the CTBTO States Signatories have gathered for the 50th session of the Preparatory Commission (PrepComm) to evaluate the activities of the Provisional technical Secretariat (PTS) during the last months and, among other things, to adopt administrative decisions regarding the operating of the commission. 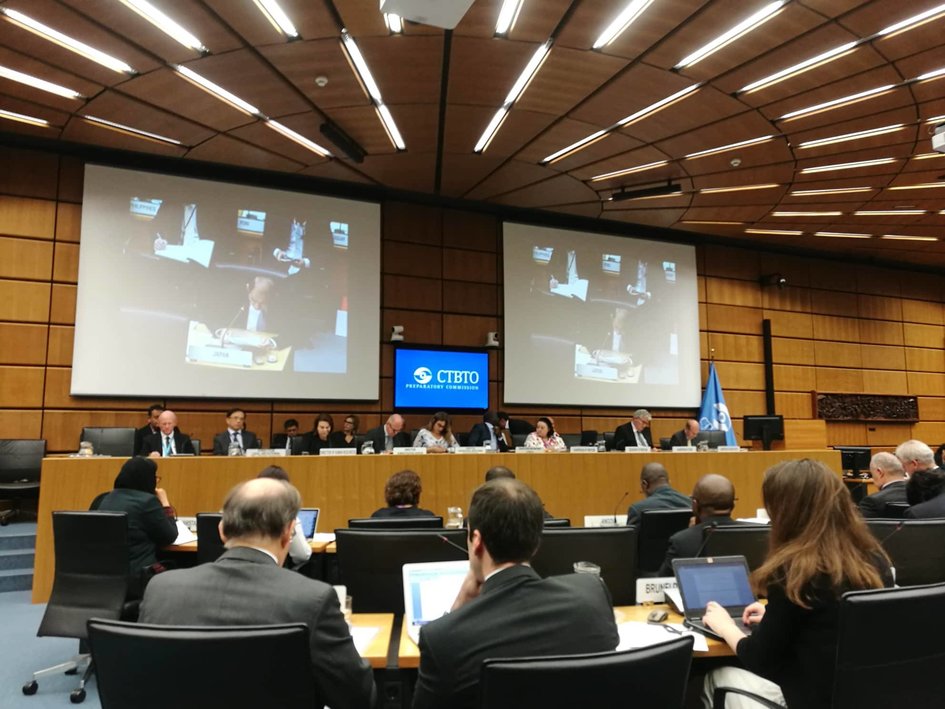 Under the chairmanship of the Ambassador Maria Assunta Accili Sabbatini, Permanent Representative of Italy to the United Nations in Vienna, the 50th session of the Preparatory Commission (PrepComm) of the Comprehensive nuclear Test Ban Treaty Organization (CTBTO) took place in Vienna, on 2nd and 3rd July 2018. Governing body of the CTBTO, the PrepComm is the place where States Signatory are offered to express themselves and to exchange views of the activities of the CTBTO during the previous months and to adopt, generally through consensus, decisions on the functioning and the missions of the Provisional Technical Secretariat.

During this session, the CTBTO Executive Secretary, Lassina Zerbo, shared an overview of the activities conducted since November 2017 and, among other things, mentioned the recent Singapore Summit (12 June 2018) along with the statement made by North Korea that it would renounce to nuclear tests.

Delegations, representing the CTBTO States Signatory, along with regional Groups, have exchanged views on issues dealing with the CTBTO budget update proposal, the outreach made to support the entry into force of the Treaty and on some more specific topics more related to the commission daily operating, including the appointment of the new directors for the International Data Centre division and the On-Site Inspection division. The French delegation, headed by the Ambassador Jean-Louis Falconi, Permanent Representative of France to the United Nations in Vienna, recalled the commitment of France to support the Treaty and the efforts made to complete our contribution to the International Monitoring System as soon as possible. There is only one monitoring station left to be installed and certified, located in Guadeloupe, in order for France to bu fully in line with the requirements of the Treaty.

The Morocco delegation, on behalf of the Group of Francophone Ambassadors (Groupe des ambassadeurs francophones, GAF), also made a statement to recall the importance of multilinguism inside international organizations and promote the use of the French language in all activities of the CTBTO. The International Organization of the Francophonie (Organisation internationale de la Francophonie, OIF), is particularly looking at the question of nuclear disarmament and supports fully the CTBT and its promotion, for example as mentioned in the Antananarivo Declaration in 2016. This support should be reaffirmed during the upcoming Erevan Summit (11th and 12th October 2018). 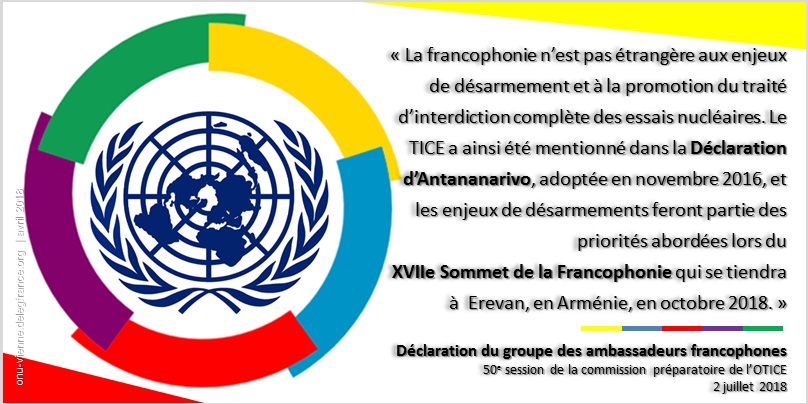 The 50th session was also the occasion for a speech by His Royal Highness, Prince El Hassan Bin Talal of Jordan, who addressed to the 183 States Signatory of the Treaty. He recalled the importance of multilateralism as an essential tool to solve conlfits and his full support to the CTBT and its promotion. He also underlined the importance of the non-verification applications of the International Monitoring System, especially or the fight against global warming.. 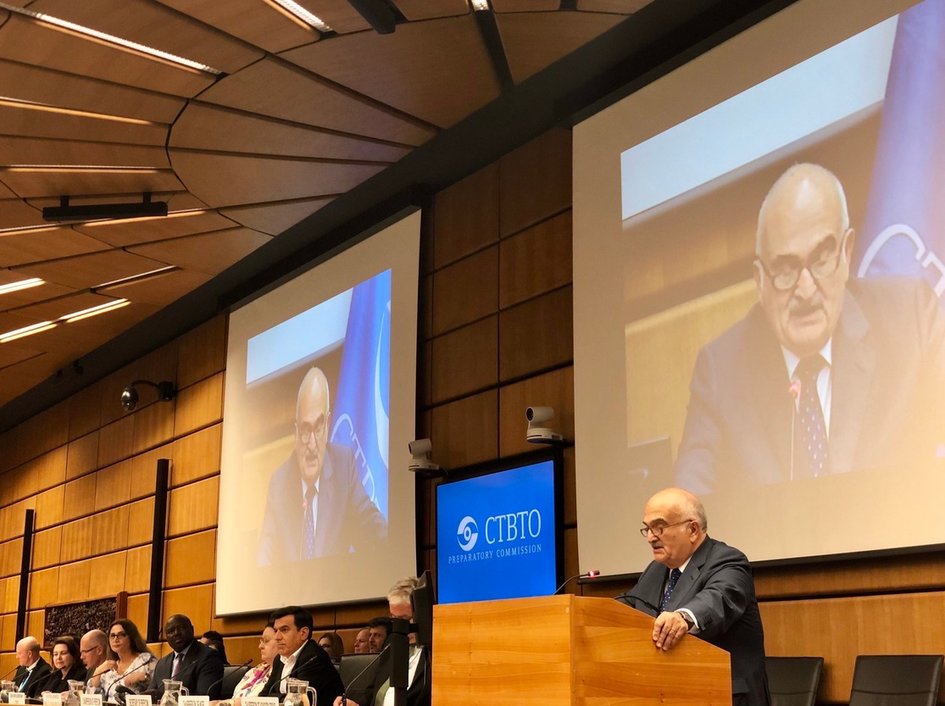 The 51st session of the Preparatory Commission of the CTBTO is to take place in Vienna on 7th November 2018.