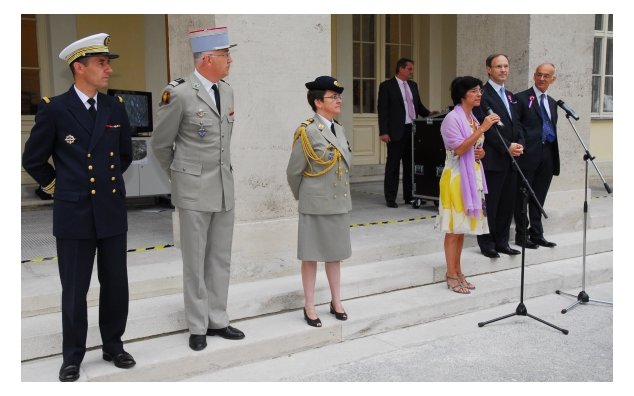 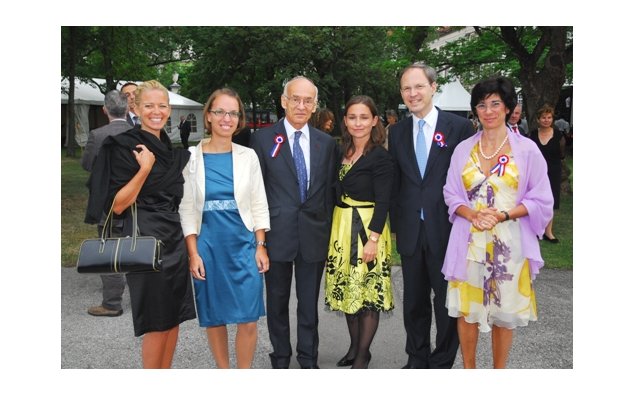 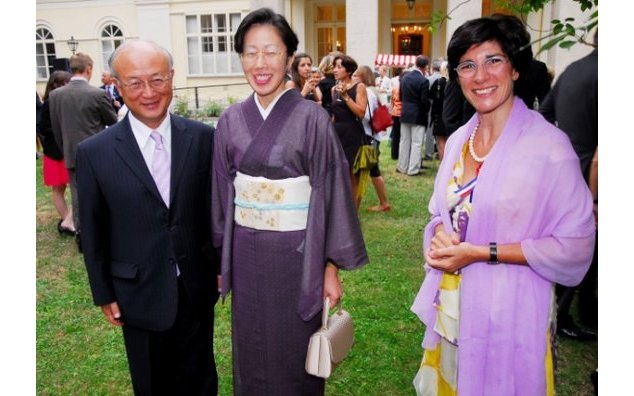 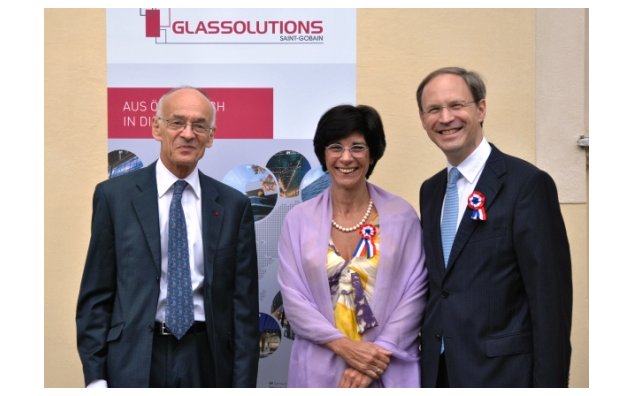 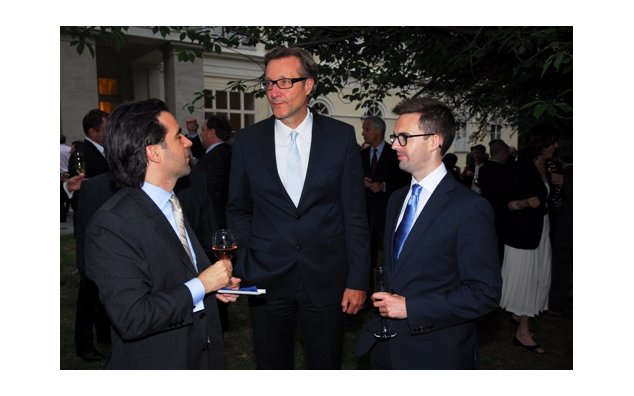 The garden of the Clam Gallas, where the reception was held

Slightly more than two centuries ago, France underwent a major turn in its history. The fortress of the Bastille was perceived by the people of Paris as the symbol of the monarch’s arbitrary power; its storming on the fourteenth of July 1789 marked the true emancipation of the French people and the beginning of a Revolution that was going to unsettle Europe’s balance as well.

Several decades after the Enlightenment, which rose deep philosophical questioning throughout Europe, the storming of the Bastille meant the end of the ancient order and was thus followed the next month by the Declaration of the Rights of Man and of the Citizen, now held as an imprescriptible principle.

This quest for autonomy, at the etymological sense, of the people of 1789, has lost nothing of its topicality and of its political sharpness. The revolutions known as “Arabic springs” also tell us that, by their determination and their courage, and even sometimes at the cost of their lives, the peoples are able to seize their own destinies and think back to their commune good by redefining their own laws.

In the context of an animated international scene, and to celebrate the essential and eternal values of the French Revolution, Stéphane Gompertz, French Ambassador to the Republic of Austria, Florence Mangin, Permanent Representative of France to the United Nations Office and to the International Organisations, and François Alabrune, Permanent Representative of France to the OSCE, have organised a reception at the Clam Gallas Palace for the commemoration of the Bastille Day.

More than a thousand guests, among whom Austrian personalities, French inhabitants of Vienna, international civil servant of the International Organisations in Vienna, as well as numerous members of the diplomatic community, have joined this national celebration.

After singing the Austrian and French national anthems, the three ambassadors have welcomed in their speech the shared organisation, for the first time this year, of the Bastille Day by the three diplomatic missions. They have reminded the audience the indefectible engagement of France in favour of multilateralism and of the multilateral instances in Vienna, be they at the UN or at the OSCE.

This celebration has been supported by numerous sponsors among which Citroën, L’Oréal, GDF Suez, Accor, Erste Bank or Sanofi, Astrium, Agrana, Air Liquide and Europe Assistance. May they be deeply thanked for their contribution to the success of this reception.

Eventually, it must be underlined that the whole staff of the three French diplomatic missions in Vienna was particularly committed to the preparation and to the realisation of this event. Without the quality of their work, the celebration never would have been possible.