On the 1st of January 2017, Mr. António Guterres takes up his duties as the new Secretary-General of the UN for a five year mandate.

Prime Minister of Portugal from 1995 to 2002, and the UN High Commissioner for Refugees from June 2005 to December 2015, António Guterres was formally appointed Secretary-General by acclamation by the General Assembly of the United Nations on the 13th of October, after being recommended by the Security Council. He was sworn in as the ninth and next United Nations Secretary-General during a ceremony organised on the 12th of December at the General Assembly of the United Nations. 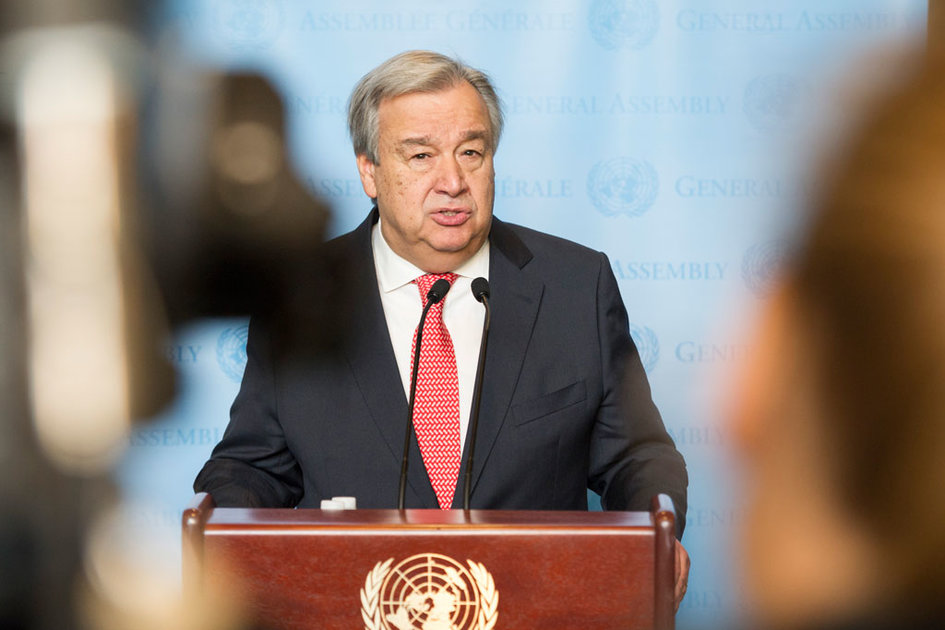 During said ceremony, Mr. Guterres pledged to reposition development at the centre of the Organization’s work and ensure that the UN can change to effectively meet the myriad challenges facing the international community. “The United Nations needs to be nimble, efficient and effective. It must focus more on delivery and less on process; more on people and less on bureaucracy,” announced Mr. Guterres. 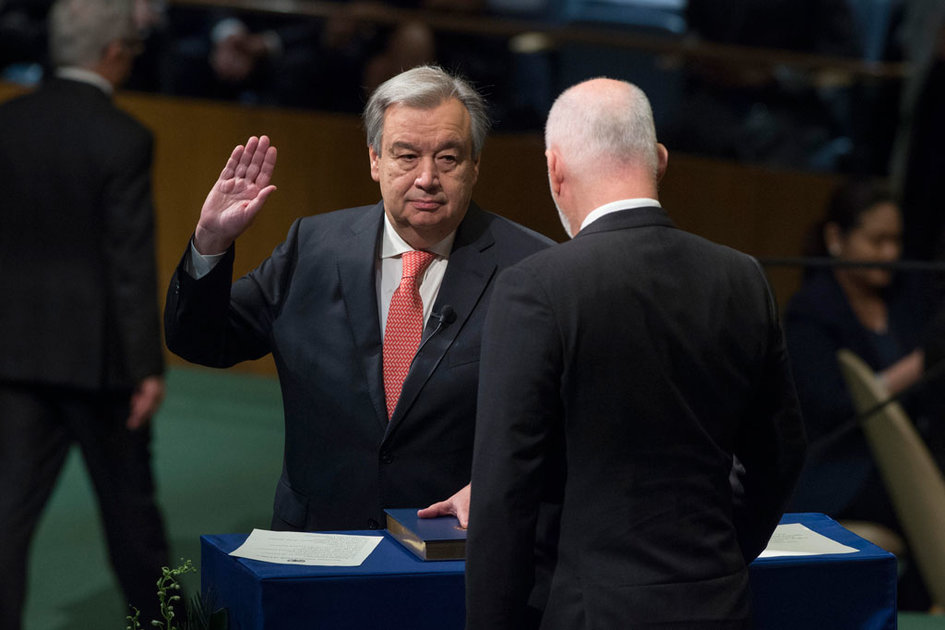 António Guterres, Secretary-General-designate of the United Nations, takes the oath of office for his five-year term, which begins on 1 January 2017. Photo ONU/Eskinder Debebe

In his address to 193 Member States, Mr. Guterres highlighted three strategic priorities for the Organization: working for peace; supporting sustainable development; and reforming its internal management ”The UN was born from war. Today we must be here for peace" he added, underlining that the Organisation’s priority is to address the root causes of the challenges which emerge in the domains covered by the three pillars of the UN: peace and security, sustainable development and human rights. Mr. Guterres also emphasized the need to do more to prevent and respond to the sexual violence and exploitation committed by those serving under the UN flag against those they are supposed to protect. On the second key element of the reform agenda, concerning the UN support to Member States in achieving the Sustainable Development Goals (SDGs), Mr. Guterres said that development will form the centre of the UN’s work, and that he will engage in a comprehensive reform of the UN development system – both at headquarters and at country levels. On management reforms, Mr. Guterres underlined the need to build on existing efforts and to implement recent reform initiatives.

A step towards gender balance

He also pledged to respect gender parity from the start in all appointments to the Senior Management Group (SMG) and the Chief Executives Board (CEB), stressing: “By the end of my mandate, we should reach full gender parity at the Under-Secretary-General and Assistant Secretary-General levels, including special representatives and special envoys.” Mr. Guterres’ selection was carried out through a historical process during which, for the first time, Member States were granted with informal consultations with all the candidates, including seven women. Moreover, Mr. Guterres announced the nomination of three women at high level positions within the Secretariat of the United Nations: Amina J. Mohamed, from Nigeria, as the UN deputy chief. Maria Luiza Ribeiro Viotti, of Brazil as his Chef de Cabinet and he also announced that he will create the position of Special Advisor on Policy, and appointed Ms. Kyung-wha Kang of the Republic of Korea to this new role.

A vibrant hommage to the outgoing Secretary-General Ban-Ki moon

The General Assembly paid a tribute to United Nations Secretary-General Ban Ki-moon for his “never-tiring service to humanity” over the past decade, while also swearing in his successor António Guterres, who has assumed his duties today. 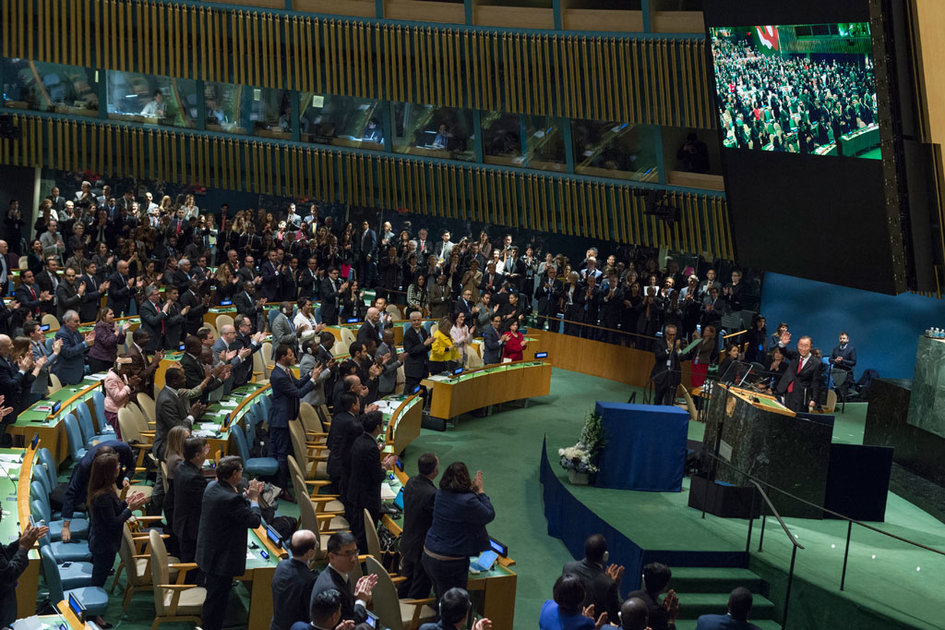 The General Assembly gives Secretary-General Ban Ki-moon a standing ovation following the Assembly’s adoption of a resolution paying tribute to his service to the United Nations. UN Photo/Eskinder Debebe

Earlier, by acclamation the Assembly adopted resolution 2324 (2016) of tribute to Mr. Ban’s, “placing on special record his many bold initiatives – political, diplomatic and organizational […] and his exceptional contribution to the work of the Organization, and his noteworthy achievements in improving people’s lives and protecting our planet for future generations.”