Home > News and statements > 50th anniversary of the treaty on the non proliferation of nuclear weapons (...)

On 1 July 1968, the Treaty on the Non-Proliferation of nuclear weapons was signed. Provided with an indefinite extension in 1995, it is now the international legal framework at the heart of the fight against nuclear proliferation. With the support of the IAEA and the CTBTO, it has been for the past 50 years the tool to promote the peaceful uses of nuclear technologies. 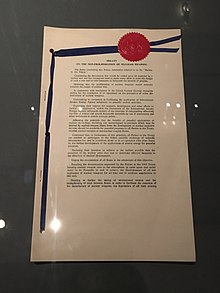 Signed 50 years ago, on 1st July 1968, the Treaty on the Non-Proliferation of nuclear weapons (NPT) entered into force on 5th March 1970. France announced its adhesion to the NPT as part of the Global framework on the mastering of armament and disarmament presented by the i of the Republic to the United Nations on 3 June 1991. On 2 August 1992, France joined the Treaty, which requirements were abide by France since 1968. It is today one of the milestone of the collective security system and an unreplaceable element to maintain international peace and security. France acts to ensure the continuing existence of the NPT and its universalization.. The NPT is now close to universalization for only four States have not joined it : India, Israel, Pakistan and South Sudan.In January 2003, North Korea announced its withdrawal of the Treaty. The Treaty distinguished five nuclear weapon States (these States have tested nuclear weapons before 1st January 1967 : France, United States, Russia, United Kingdom, China) and non nuclear weapon States (all the other States).

Signing of the Treaty on the Non-Proliferation of nuclear weapons, on 1st July 1968.

The principles of the NPT

The NPT is based on three main pillars:

The NPT, initially concluded for a limited period of 25 years, was provided with an indefinite extension in 1995. A review process, described at the article VIII of the Treaty, plans for the occuring of conferences every 5 yearsTheses review conferences are prepared through three yearly Preparaotry Committees, taking place druing the three years in advance of the Review Conference. In 1995, France was a firm supporter during the Review Conference for the indefinite extension of the Treaty.

The commitment of France

Safeguards are activities by which the IAEA can verify that a State is living up to its international commitments not to use nuclear programmes for nuclear-weapons purposes. The global Nuclear Non-Proliferation Treaty (NPT) and other treaties against the spread of nuclear weapons entrust the IAEA as the nuclear inspectorate. Today, the IAEA safeguards nuclear material and activities under agreements with more than 140 States.

Within the world’s nuclear non-proliferation regime, the IAEA’s safeguards system functions as a confidence-building measure, an early warning mechanism, and the trigger that sets in motion other responses by the international community if and when the need arises.

Safeguards are based on assessments of the correctness and completeness of a State’s declared nuclear material and nuclear-related activities. Verification measures include on-site inspections, visits, and ongoing monitoring and evaluation. What is the Additional Protocol to safeguards agreements?

The Additional Protocol is a legal document granting the IAEA complementary inspection authority to that provided in underlying safeguards agreements. A principal aim is to enable the IAEA inspectorate to provide assurance about both declared and possible undeclared activities. Under the Protocol, the IAEA is granted expanded rights of access to information and sites.

The NPT and the CTBTO 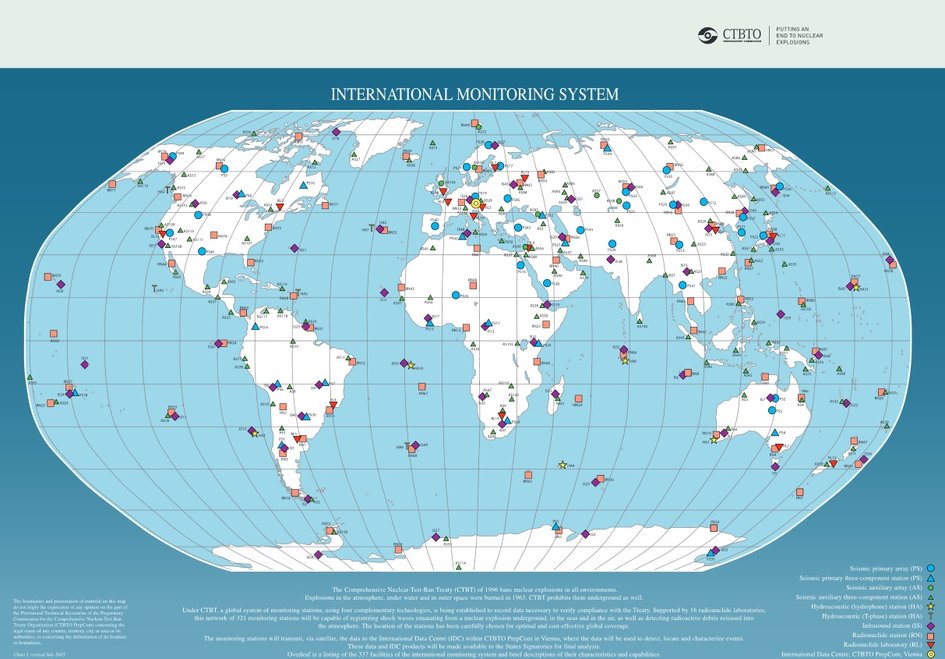 Article X of the Nuclear Non-Proliferation Treaty (NPT) stipulates that twenty-five years after the Treaty enters into force, States Parties shall hold a conference and decide whether the Treaty shall continue in force indefinitely, or shall be extended for an additional fixed period or periods. The 1995 NPT Review and Extension Conference adopted an agreement that provided for the indefinite extension of the NPT. The decisions and resolution adopted by the Conference were as follows:

The decision on principles and objectives on nuclear non-proliferation and disarmament was comprised, inter alia, of the immediate commencement and early conclusion of a Fissile Material Cut-off Treaty (FMCT), the completion by the Conference on Disarmament of a universal and internationally and effectively verifiable Comprehensive Nuclear-Test-Ban Treaty (CTBT) no later than 1996 and the development of nuclear-weapon-free zones.

France and the 50th anniversary of the Treaty

On the occasion of the 50 years of the Non Proliferation Treaty, two short videos (in French) have been made by the Ministry for Euorpe and Foreign Affairs, in which Ambassador Jean-Louis Falconi, Permanent Representative of France to the United Nations in Vienna, deals with the importance of the fight against nuclear proliferation.